So as it turns out, G really was sort-of sick. We got to the ER at about 5:00 on Monday afternoon, fluids were started and he was officially admitted. But the hospital was full (’tis the season) so there actually wasn’t a room available until 3:00 pm on Tuesday. We spent the night with an RSV kid coughing his head off on the other side of a curtain and G and I shared this bed (we both got a super great night’s sleep #eyeroll) 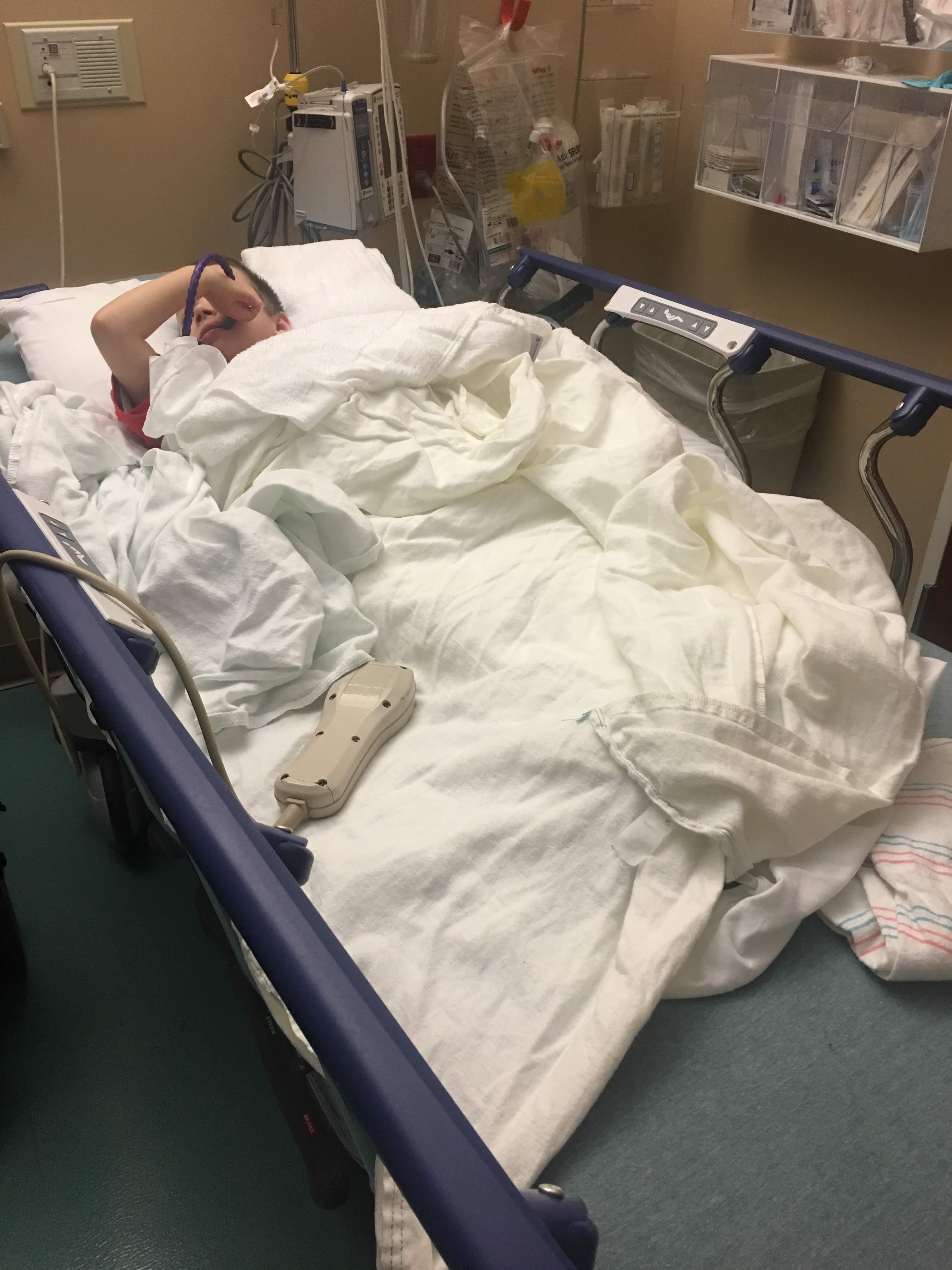 His labs looked ok, but an abdominal x-ray revealed our old nemesis, constipation, decided to pay a visit. So without going into too much detail, we’ve been working to resolve that issue for the last few days. Tons of fun.

G is such a trooper. Today, he didn’t feel that bad, so being stuck in bed all day having his diaper constantly  changed has probably been pretty torturous. I got him out of bed this morning and held and sang to him for awhile, but he’s so stiff that it really wasn’t comfortable for either of us. 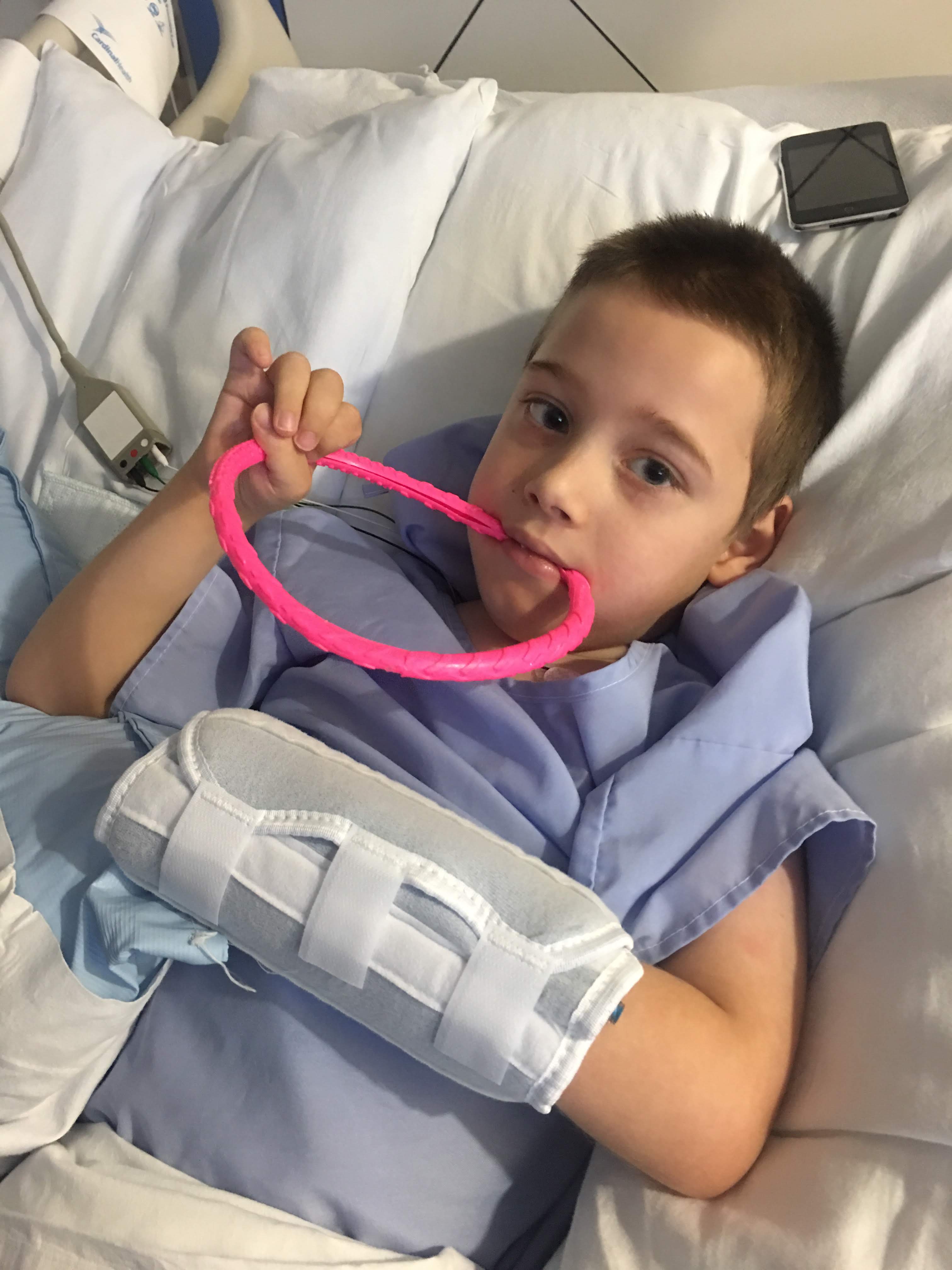 This afternoon, he was chosen to receive a hospital gown through the Starlight Children’s Foundation, and a film crew recorded him receiving it for a PR video. I’m not holding my breath that he’ll actually make the cut for the final video, because I was the one “presenting” him the gown and umm, awkward. The gown is awesome- super cute design and so, so soft. But being enthusiastic on camera about a hospital gown for a non verbal kid for any length of time proved to be quite the challenge. G liked it well enough, but eventual started whining because I had turned off his Veggie Tales. 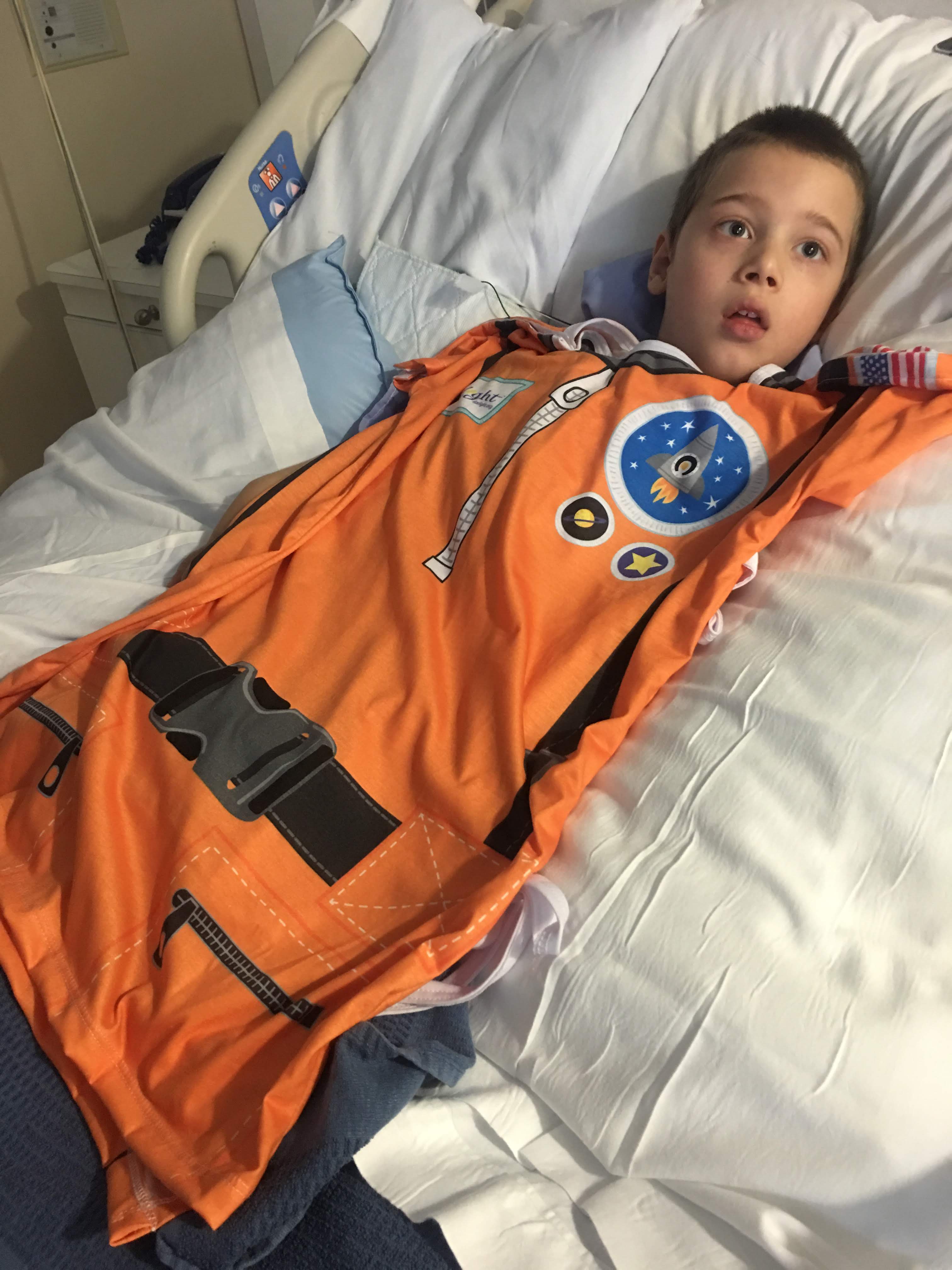 We were supposed to have to stay until tomorrow morning, but G was tolerating feeds well enough this afternoon that they let us go home around 4:00. Now he’s tucked into his own bed and I think he’s well enough to go to school tomorrow.

One thought on “Better and Home: #NaBloPoMo Day 16”