We had a magical Saturday, and I’m still tearing up when I think about it. A few weeks ago, Grayson was invited to attend the United Airlines Fantasy Flight to the North Pole. United invites children with chronic illnesses and their guests on the once-a-year flight, and every detail was perfect. 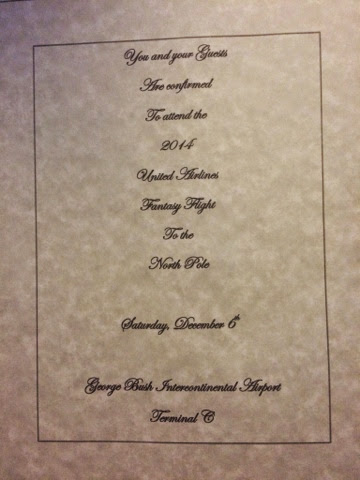 We arrived at the airport yesterday morning and were greeted by an army of volunteers and an over-the-top decorated check-in area. We checked in, got our boarding passes, went through security, and made our way to the terminal. We could hardly take even a few steps without being greeted by another character. Everyone was SO sweet and just doted on Grayson. 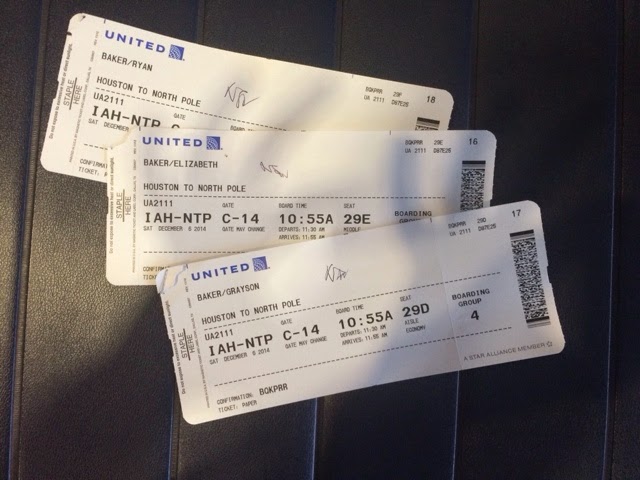 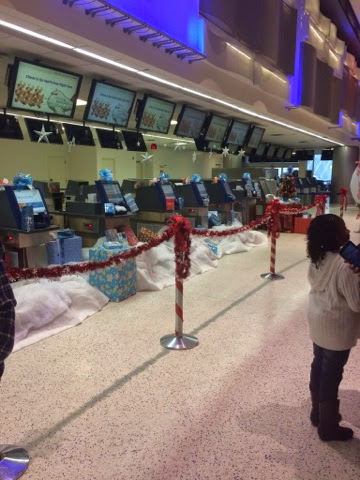 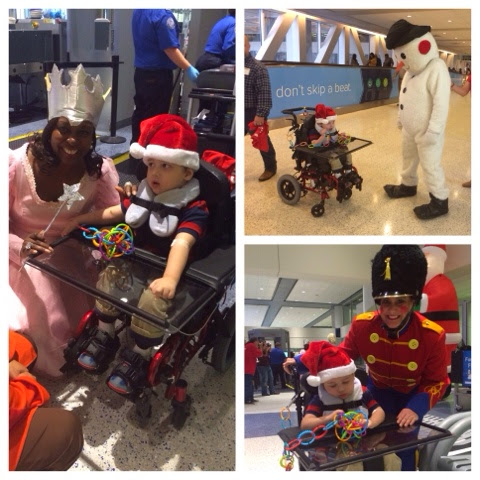 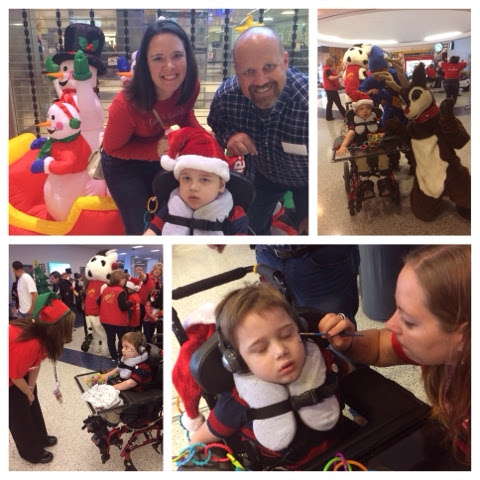 In the terminal, there was breakfast, face painting and a caricature artist (we missed out on getting one because the line was too long)
When it was time to board, we followed the crowd to the gate, where we were greeted by an orchestra playing Christmas music, and a fully decorated gate. 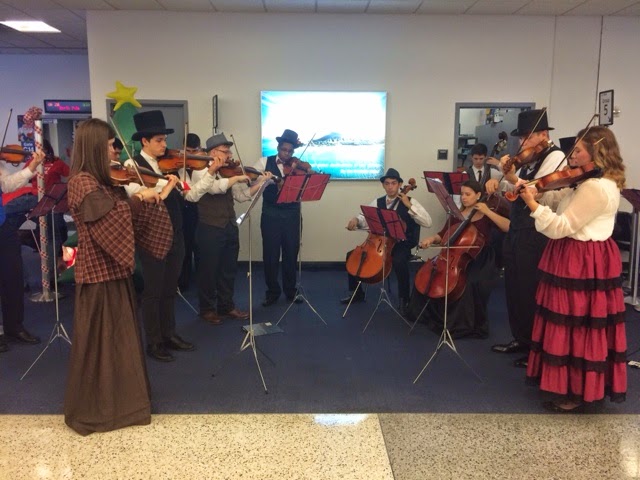 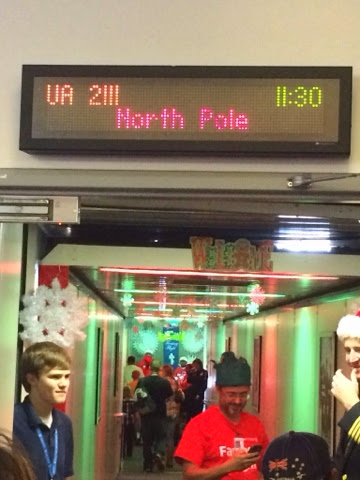 They had the kids in wheelchairs board first, and were so helpful while we got him out of his chair and into the plane. The first thing we did when we boarded the plane was visit the pilots in the cockpit! Same as everyone else, they were so sweet to Grayson and we could tell they were genuinely honored to be the ones flying us the the North Pole. 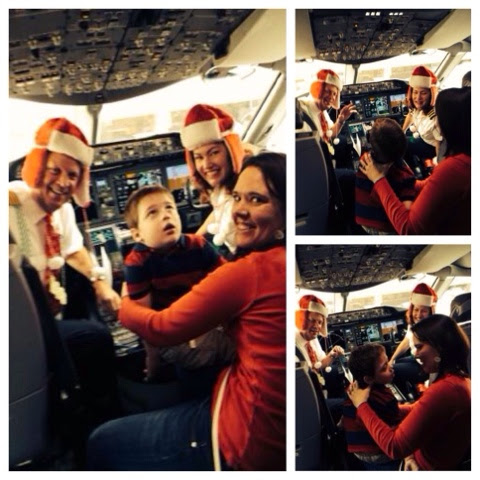 We then made our way to our seats. The plane was huge, new and gorgeous. Ryan was especially impressed with the touch screen on every seat. 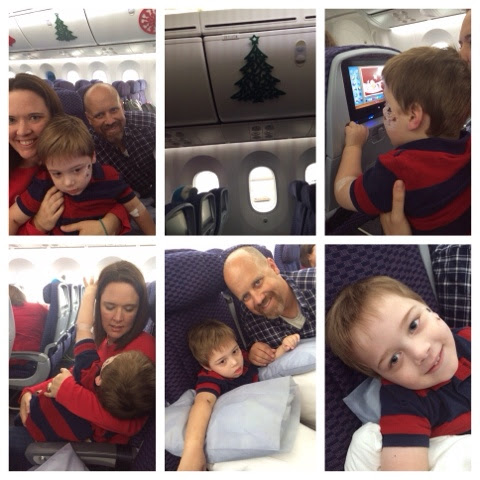 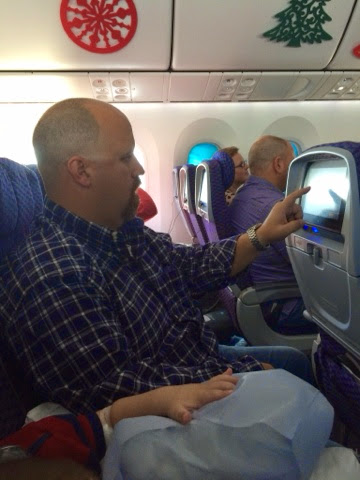 The atmosphere was so happy and festive, and when the pilot annouced we were ready to take off to the North Pole, everyone cheered. We took off (yes, we actually were in the air for about an hour) and a few minutes later it was announced that the crew had been working with Santa’s engineers to design a propulsion system allowing us to travel over 4,000 miles to the North Pole in less than an hour. Amazing!
I was a little nervous about how Grayson would do on the flight, but as usual, he rose to the occasion. He did awesome. He had his headphones listening to his Veggies and he was totally happy almost the whole flight.
The flight attendants were awesome too. They were so sweet and excited, handing out special bags with treats and serving drinks. Towards the end of the flight, they played Christmas songs over the sound system and danced and sang down the aisles. 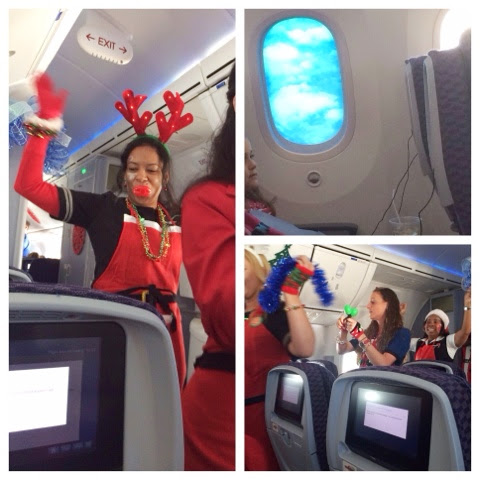 We landed, and when we exited the plane into the North Pole, we were greeted by cheers and a receiving line of volunteers. 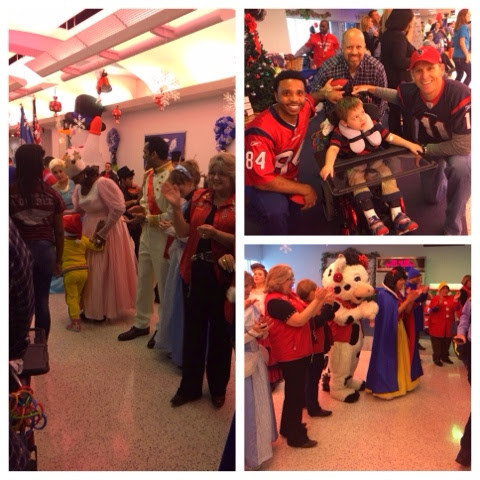 The North Pole had decorations, food and drink, a choir, orchestra, lots of presents, two Houston Texans, and of course, Santa! Poor Grayson barely made it back into his wheelchair before he was sound asleep. Even though he was asleep, we still got a good picture with Mr. and Mrs. Claus. 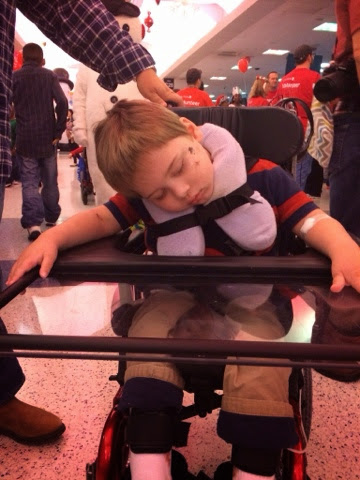 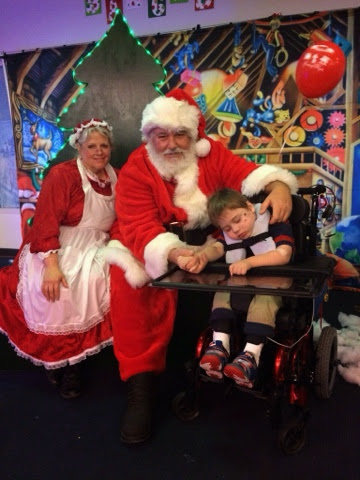 Santa spoiled Grayson (and Charlotte, they gave us two of everything) with sweet gifts. 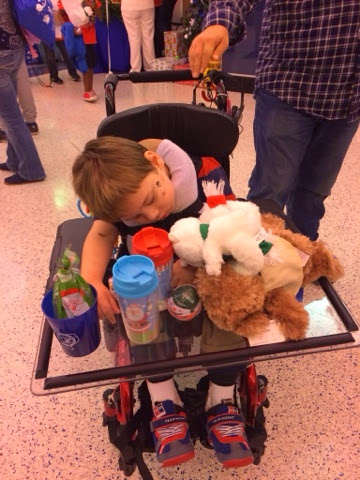 We are so, so grateful to United Airlines, Chevron (who donated the fuel) and our Mito clinic for this incredible opportunity. I don’t know how much of what was going on Grayson was aware of, but on some level I know he realized it was someothing special and felt special and loved. It was such a wonderful day and will definitely be a highlight of this holiday season.
And how many kids can say they’ve flown on an airplane to the North Pole?! 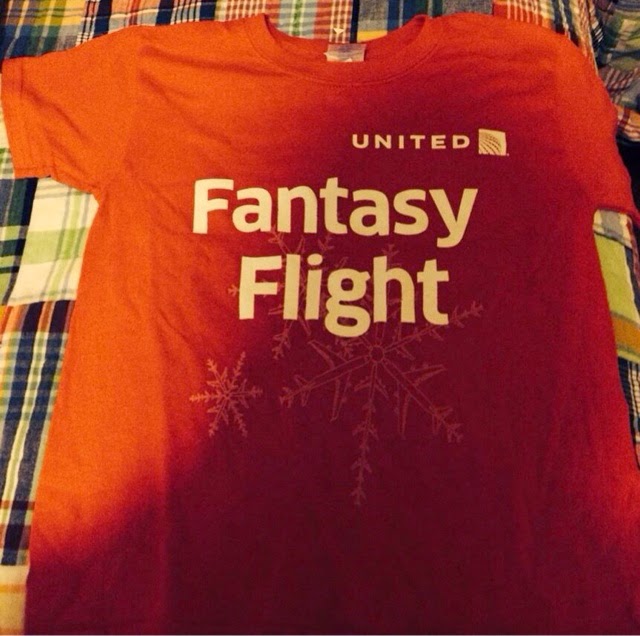 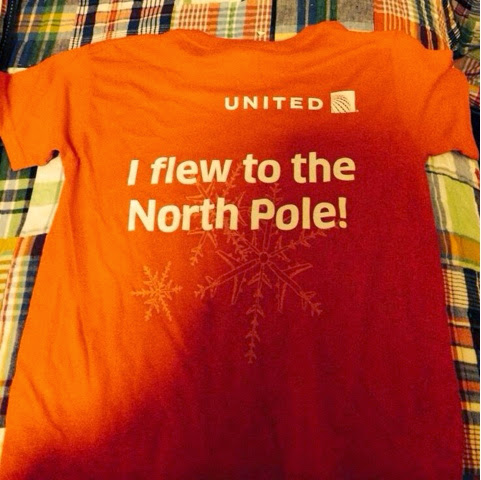