We had a crazy busy, but fun and exciting day today.

It started with early morning G-tube surgery for Charlotte’s baby doll. I was a little unnerved because as I drilled a hole in this sweet baby’s tummy, I kept thinking I was like Quinn on Scandal and was torturing the poor thing- but then I mentally gave the baby lots of anesthesia and I’m happy to report she didn’t feel a thing and was already getting bolus feeds (and apparently preparing for rain) 2 minutes after surgery. 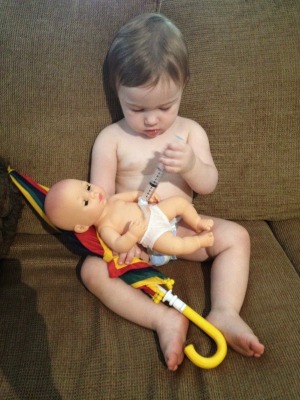 My mom is retiring from her years as a teacher/orchestra director, and her school gave her a really nice reception today at the school. Charlotte and I went, along with David, Hannah and Theo. We had a great time, and I’m so thankful that I don’t have a story to tell about Charlotte crashing Theo’s stroller into a crystal punch bowl (saved that one by millimeters!) 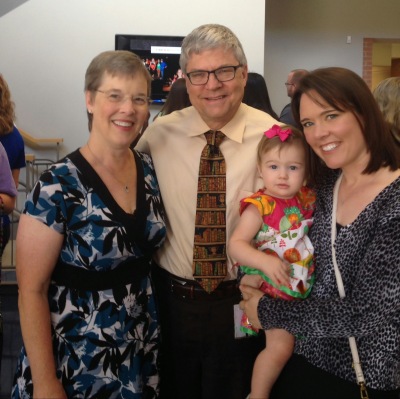 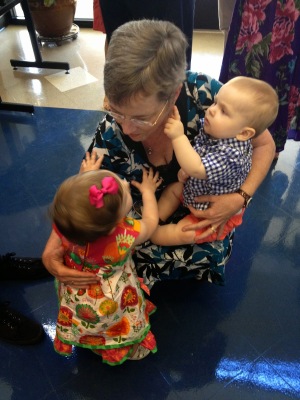 Anyway, Hannah and I aren’t biased or anything, but we were discussing objectively how dang cute our kids are. Hannah says it’s because they have perfectly shaped heads. Could be. 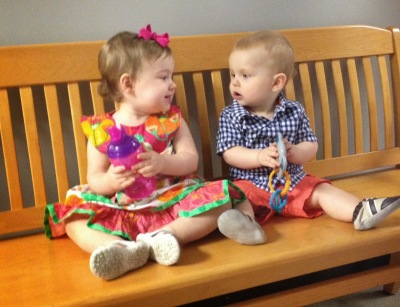 So here’s my mom-of-the-year confession of the day. We got home and Charlotte was asleep in her car seat, so I ran inside and quickly poured her a bottle before getting her out. Gave her the bottle, she drank it, took a nap. I went to the fridge later to make her evening bottle, and realized the carton of milk was brand new and the seal was still on it. Then I realized- earlier, I had given her a bottle of half and half! Panicking, I started to google “I accidentally gave my baby…” but before I could type the next words, it autocompleted to several things much worse than half and half, so I decided, eh, she’ll be fine. She probably got her fat content for the entire rest of the month though.

After naps, we had a friend come over and he and Charlotte proceeded to share snacks and beat each other up for an hour. After an hour of “gentle” and “stop that, you two” they left and as they were walking out, here comes Grayson’s wheelchair and stander being delivered. Oh happy day!

G’s new wheelchair is amazing. I just love it. It’s so much easier to adjust and take apart for traveling than his medical stroller- and to me, it looks smaller. And it has his name embroidered on the seat- I love me some personalization! Sweet Grayson was SUCH a good sport- it took a few hours to make adjustments, train me and complete all the paperwork- and he did great. I even got some sweet smiles. 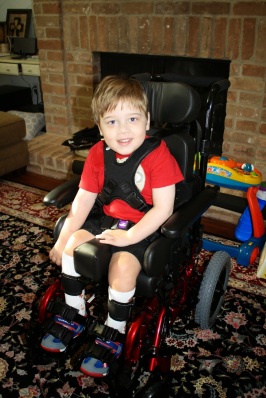 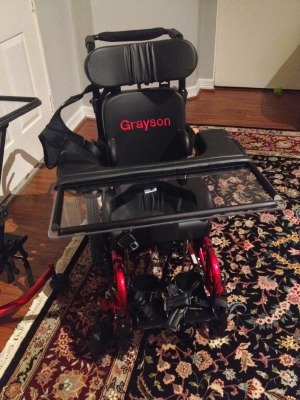 Charlotte thinks Grayson’s wheelchair is the best thing ever. Not pictured: the meltdown due to me suggesting that we give Grayson a turn in his chair. 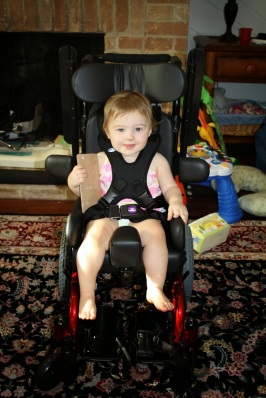 And the verdict is still out on whether or not he likes the stander. Going to take some getting used to. 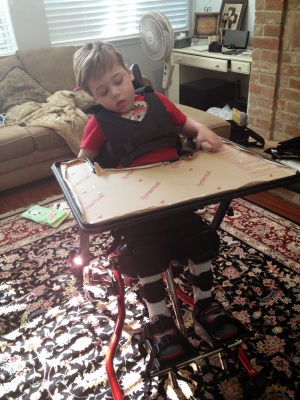 I’m so happy for my sweet boy- I’m really hoping the chair will make him more comfortable and the stander will make him stronger (and give him a different perspective).