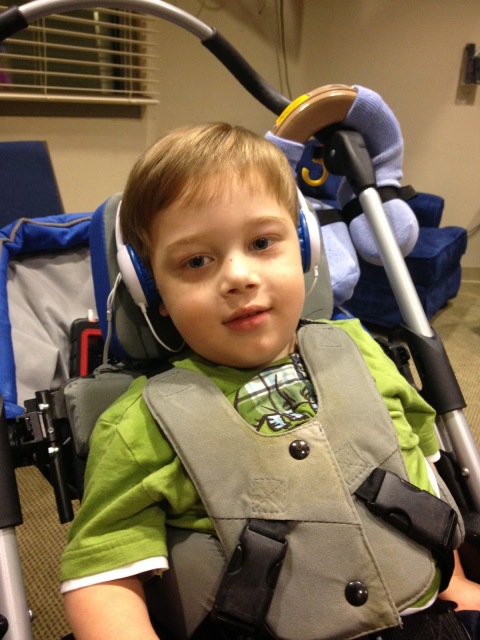 I realized I haven’t given a medical-type update on Grayson in awhile. The amazing truth is that he’s doing really well, and there isn’t a whole lot to report. He hasn’t been sick, hasn’t been in the hospital in almost 2 months, and is relatively stable. Of course, in our world, no news is, in fact, GREAT news. 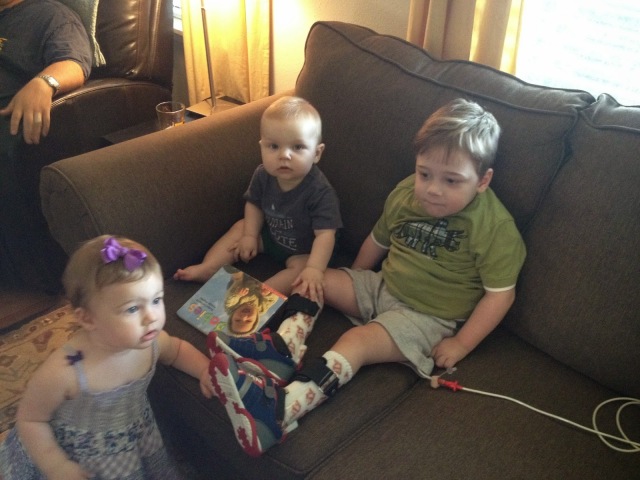 A few months ago, Dr. K started him on a medication to dry up his secretions (saliva, excessive drool) with the thought that it would help his vomiting too. She thought right. While Grayson is still throwing up 2-3 times a day, it’s worlds better than the 5-6 times a day before the medication. We saw Dr. K Monday and while she was thrilled with the improvement, in her words, “I don’t want him throwing up at all.” Yeah, that would be nice. So thankfully there’s room to increase the medication, so we are going to see if that helps get that number down to zero! Fingers crossed.

Grayson’s seizures have also stayed away. I think back to just a year ago when we were dealing with seizures on a fairly regular basis, and I’m so thankful for this huge improvement. I credit finally finding the right medications and dosages, and the Frankincense oil we diffuse at home. 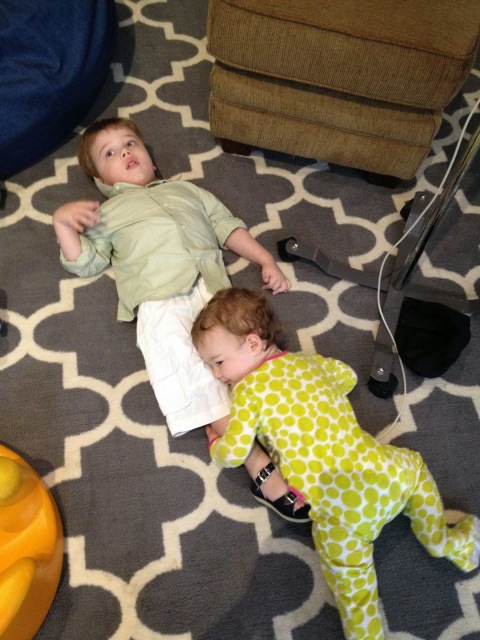 Grayson seems to be a little more connected to people lately as well. A year ago, that horrible seizure/fever illness stole his precious little personality and smile, but we are seeing glimpses of its return lately. He’s even smiling sometimes when his sister hugs him and kisses him- amazing!

One thing that isn’t so great is that after a few months of miraculous results from his surgery in January, he’s starting to stiffen up again. His legs are still a LOT looser than they were pre-surgery, but both his PT and I have noticed that he’s tightening up again. We see the surgeon for a follow up next week, so hopefully I can gain a better understanding of why this might be happening and if there’s anything we can do to reverse it. 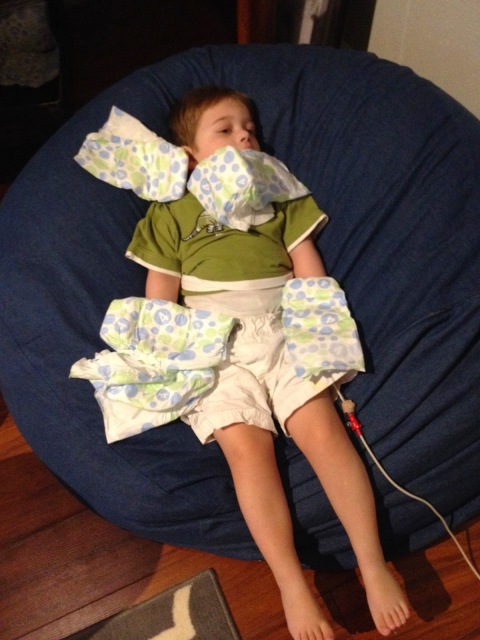 Yesterday, I pulled up to Grayson’s school to pick him up and he was finishing up with his PT. I could hardly believe what I saw- my little boy, my Grayson, riding a bike! I had seen these special needs bikes being used by other children, but never even considered that Grayson would be able to ride one too! I took some pictures and a video, but then later at home, got really emotional about the whole thing. Riding a bike is such a normal-kid staple of childhood- and Grayson got to do it! He was so solemn while he rode- I was trying to imagine what he must have been thinking, and feeling. I’m sure it was a weird sensation for his little legs! Hopefully there will be many more bike rides in G’s future- and a way we can get him a bike of his own! 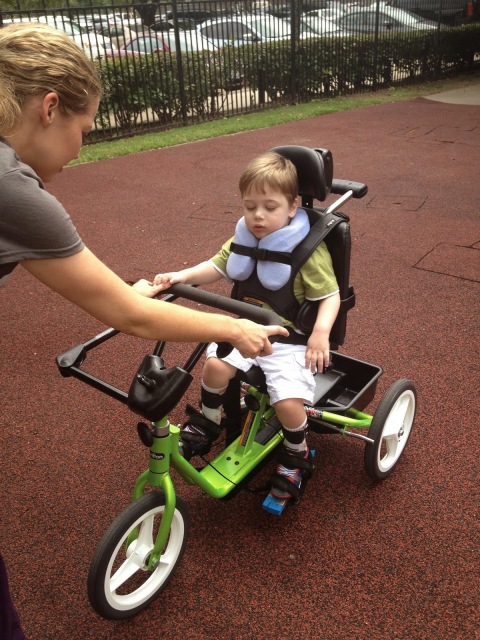 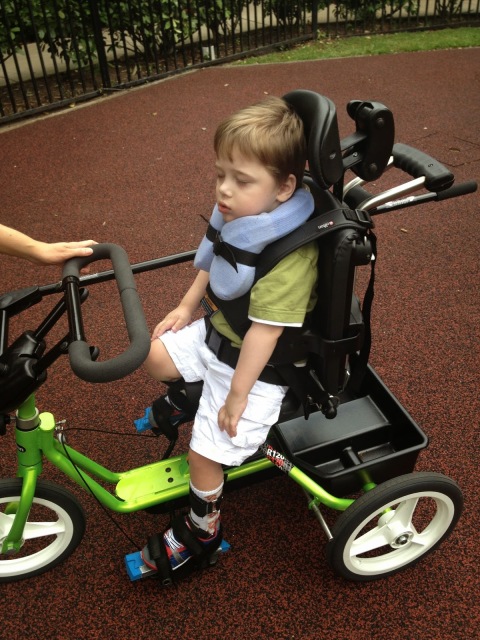 This week I am sharing Grayson’s story at a fundraiser for research for Leigh’s Syndrome. I’m excited and honored to talk about my sweet son, who is definitely a hero and undoubtedly has touched and will touch so many lives. I couldn’t love him more.